Education
Ludovico Magistretti was born in Milan on 6 October 1920. He came from a family of architects: his great-grandfather Gaetano Besia built the Reale Collegio delle Fanciulle Nobili in Milan; his father, Pier Giulio Magistretti, was involved in the design of the Arengario in Piazza del Duomo. Vico went to Parini High School and in autumn 1939 enrolled in the Faculty of Architecture at the Royal Polytechnic in Milan....Read more

Education
Ludovico Magistretti was born in Milan on 6 October 1920. He came from a family of architects: his great-grandfather Gaetano Besia built the Reale Collegio delle Fanciulle Nobili in Milan; his father, Pier Giulio Magistretti, was involved in the design of the Arengario in Piazza del Duomo. Vico went to Parini High School and in autumn 1939 enrolled in the Faculty of Architecture at the Royal Polytechnic in Milan.
After 8 September 1943, to avoid being deported to Germany, he left Italy during his military service and moved to Switzerland, where he took some academic courses at the Champ Universitaire Italien in Lausanne, taught at the local university.During his stay in the Swiss city he met Ernesto Nathan Rogers , the founder of the BBPR firm who had taken refuge in Switzerland after racist laws were passed in Italy. This was a key encounter in Magistretti’s intellectual and professional development, since the architect from Trieste turned out to be his maestro.He returned to Milan in 1945, where he graduated in Architecture at the Polytechnic on 2 August. He then immediately began his career working with the architect Paolo Chessa at the firm owned and run by his father, Pier Giulio, who died prematurely that same year.Here, in his father’s small firm, he spent his entire career in partnership with just one extraordinary character, Franco Montella.

The 1950s. During reconstruction operations in Milan from 1949-59, Magistretti designed and constructed about 14 projects for INA-Casa in conjunction with other architects.He was involved with Mario Tedeschi in the joint project for the QT8 neighbourhood, designing houses for veterans from the African campaign and also Santa Maria Nascente Church.In 1946 he participated in the R.I.M.A. exhibition (Italian Assembly for Furniture Exhibitions), held at the Palazzo dell’Arte, designing some small almost self-made pieces of furniture and then, in 1947 and 1948, he took part together with Castiglioni, Zanuso, Gardella, Albini and others in the exhibitions organised by Fede Cheti, a furniture fabric maker, held at her own workshop.He notably took part in the eighth, ninth (Gold Medal) and tenth (Grand Prix) editionsof the various Triennials in Milan.During the 12th edition, he and Ignazio Gardella designed the introductory room to the exhibition entitled “Home and school” and he was also a member of the Milanese Association’s executive panel of judges.The young architect was involved in plenty of activities and came up with lots of new ideas and proposals in the 1950s, which, in a short space of time, saw him rise to the status of one of the most brilliant exponents of the “third generation”, partly thanks to the construction of two key buildings in Milan: the Tower in Park in via Revere (1953-56, in conjunction with Franco Longoni) and the office block in corso Europa (1955-1957).Over the following years he also designed a number of other important projects, including the Towers in piazzale Aquileia (1961-64), Bassetti House in Azzate (1960-62), Cassina House in Carimate (1964-65), and the house in via Conservatorio in Milan (1963-66).In 1956 he was one of the founding members of the ADI, Industrial Design Association, and during the same year he was a member of the panel of judges for the Golden Compass Award for the first time. In 1969 he was again one of the judges for the ADI award.

The 1960s. His work as an architect was almost totally focused on the issue of housing and living from the 1960s onwards, as he developed his own extremely expressive idiom, which, even though it was heavily criticised at times, made a real impression on the architectural scene in Lombardy during that period, making him one of its leading figures.This is the context in which he took part in the CIAM Congress (International Modern Architecture Congress) held in Otterlo in the Netherlands in 1959, during which the Italians presented Velasca Tower designed by the BBPR, the Olivetti canteen designed by Ignazio Gardella, Arosio house designed by Vico Magistretti (1956-59), and the houses in Matera designed by Giancarlo De Carlo. These works caused a real scandal and were, in some respects, emblematic of the deep crisis which struck the CIAM over those years, until then the undisputed protagonist of architectural debate, so much so that the 1959 Congress turned out to be the last. Magistretti’s project for a small house in Arenzano allowed him to discover his own language and own image. Magistretti was one of the founding fathers of so-called Italian Design, a phenomenon which he himself described as “miraculous” and which only happened thanks to the coming together of two key players: architects and manufacturers. He began working with some exceptional manufacturers from the end of the 1960s, including Artemide, Cassina and Oluce, designing objects for them which are still “classics” of modern-day production.

The 1970s. The next decade saw Magistretti’s architectural enterprises increasingly backed up by his work as a designer. The first product designed by Magistretti dates back to 1960 – the Carimate chair, designed to decorate the golf club he designed in the same year and actually brought into production by Cassina – but he then went on over subsequent years to design numerous other objects for the same company, notably including the Maralunga sofa (1973, Golden Compass award in 1979), Sindbad sofa (1981) and Veranda armchair (1983). He also designed a set of lamps for Artemide, including Mania (1963), Dalù (1966), Chimera (1969), the extremely famous Eclisse (1967, Golden Compass award in the same year), Teti (1970) and Impiccato (1972). After the Demetrio coffee tables (1966), other pieces of furniture designed by Magistretti include Selene chair (1969), which, with the Panton Chair and Joe Colombo's Universale, vied to become the world’s first plastic chair. For many years Magistretti was also the art director and main designer for Oluce, giving the company’s production range its own unmistakable style. His masterpieces, icons recognised all over the world, include the following lamps: Snow (1974), Sonora (1976), most notably Atollo (1977, Golden Compass Award 1979), Pascal (1979) and Kuta (1980). As regards architecture, this was the period when he built Cusano Milanino Town Hall (1966-69), the Milano San Felice neighbourhood in Segrate (1966-75, in partnership with Luigi Caccia Dominioni), and the house in Piazza San Marco (1969-71).

The 1980s. Magistretti’s teaching career began back in the late 1970s at the Royal College of Art in London as a visiting professor, where he was also made an honorary member in 1983. “Today’s real great enemy is vulgarity. I love Anglo-Saxon culture because it is free from it”. Vico Magistretti’s love of Great Britain was reciprocated and in 1986 he received a prestigious British prize: the gold medal awarded by SIAD, Society of Industrial Artists and Designers.  It was indeed here at the Royal College of Art that the minimalist school first took shape, whose most refined exponents, Morrison and Grcic, were not just Magistretti’s own students, they also acknowledged him as being an absolute benchmark for developing what may be considered as one of the most interesting contemporary movements in the field of design. At the same time as he was teaching abroad, he continued working as an architect in Italy. His architectural works from that period include the headquarters of the Biology Department in Milan (1978-81, in partnership with Franco Soro), Tanimoto house in Tokyo (1985-86), and the Cavagnari Centre of the Cassa di Risparmio in Parma (1983-85). He also created lots of interiors, whose designs were free from any pretentions in terms of decoration and merely confined to creating structures suitable for their inhabitants, capable of withstanding the “natural insults of life. Because anybody living in a house I designed has their own culture, background and taste”, so Magistretti claimed as, once again, he proclaimed his adherence to the Modern Movement and distanced himself from any decorative intentions and hence Postmodernism.

At the end of the 1980s he also began a partnership with a leading publisher: Maddalena De Padova, who was awarded the Gold Medal for lifetime achievement at the 20th edition of the prize. The panel of judges referred to: “Maddalena De Padova’s great commitment to producing and spreading design as a common culture interacting in various international realms, unique in Italy for the way she has maintained certain standards in terms of consistency and quality”. After giving up the ICF trademark in the late 1970s including the licence to manufacture Herman Miller products, Maddalena created a range of furniture and objects bearing the De Padova trademark, later named “è De Padova”, whose business partners included such great designers as Achille Castiglioni and Dieter Rams, but above all Vico Magistretti. The “è De Padova” collection designed by Magistretti includes such classics as: the Marocca chair (1987), Vidun table (1987), Silver chair (1989), Uragano wicker chair (1992), Incisa swivel chair (1992), and the more recent Blossom table (2002).

The 1990s. Whereas the architecture he designed in the 1990s was confined to just the Milanese Underground Railway depot in Famagosta (1989-2001) and Esselunga supermarket in Pantigliate (1997-2001, lots of the architect’s design objects were brought into production. Vico Magistretti’s work in this field became increasingly diverse in relation to the different companies with which he set up business partnerships, designing more than just one object for them. For Flou he invented new types of beds including, after Nathalie bed (1978), the first fully padded and upholstered bed in 1993 and another innovative bed called Tadao, whose base and headboard represent a simple reworking of a plank structure. Similarly, in his partnership with Schiffini Mobili Cucine, Magistretti did not simply settle for conventional styles. His Campiglia kitchen unit (1990) resorts to less cantilever strictures through the introduction of cabinet-type furniture. Solaro (1995) transforms the conventional doors of its basic elements into handy spacious drawers. Cinqueterre (1999) uses a semi-manufactured industrial article, an extruded sheet of undulating aluminium, which gives shape to each individual feature. Finally, his business partnership with Kartell resulted in the creation of another industrial chair – Maui (1996) – which is made one single piece of plastic, which, due to the international success it attained, has nothing to envy of the previous Selene chair. In 1997 the Milan Salone del Mobile dedicated a special exhibition to Vico Magistretti, alongside another on Gio Ponti, organised by Vanni Pasca. The installation was designed by Achille Castiglioni and Ferruccio Laviani. A couple of years earlier he was awarded the Golden Compass for lifetime achievement (1994).

2000 and onwards
Magistretti got the chance to apply a reworking of certain articles of traditional anonymous design when working with Campeggi, designing some rather unobtrusive objects bursting with his own personality: Kenia chair (1995), Ospite bed (1996), Africa armchair (2000), which were all folding, and Magellano sofa (2003). Certain objects, again designed for Campeggi, were in some sense dilated so that they could serve different purposes, such as the Estesa armchair (2000) and Fan sofa (2007), the last product the architect ever designed. The final buildings he designed were a house in Saint Barth in the French Antilles (2003-04) and another in Epalinges, near Lausanne (2006-10). An exhibition entitled “Vico Magistretti. Il design dagli anni ’50 ad oggi” organised by Fondazione Schiffini opened in Palazzo Ducale, Genoa, in 2003. In 2005 he was awarded the special prize “Abitare il tempo”. His design works are displayed in the MoMA permanent collection in New York, Victoria & Albert Museum in London, Die Neue Sammlung Museum in Munich, and numerous other museums in America and Europe.

After he passed away in September 2006, his studio, where Fondazione studio museo Vico Magistretti is located, was converted into a museum devoted to the study of his work and to promoting it. 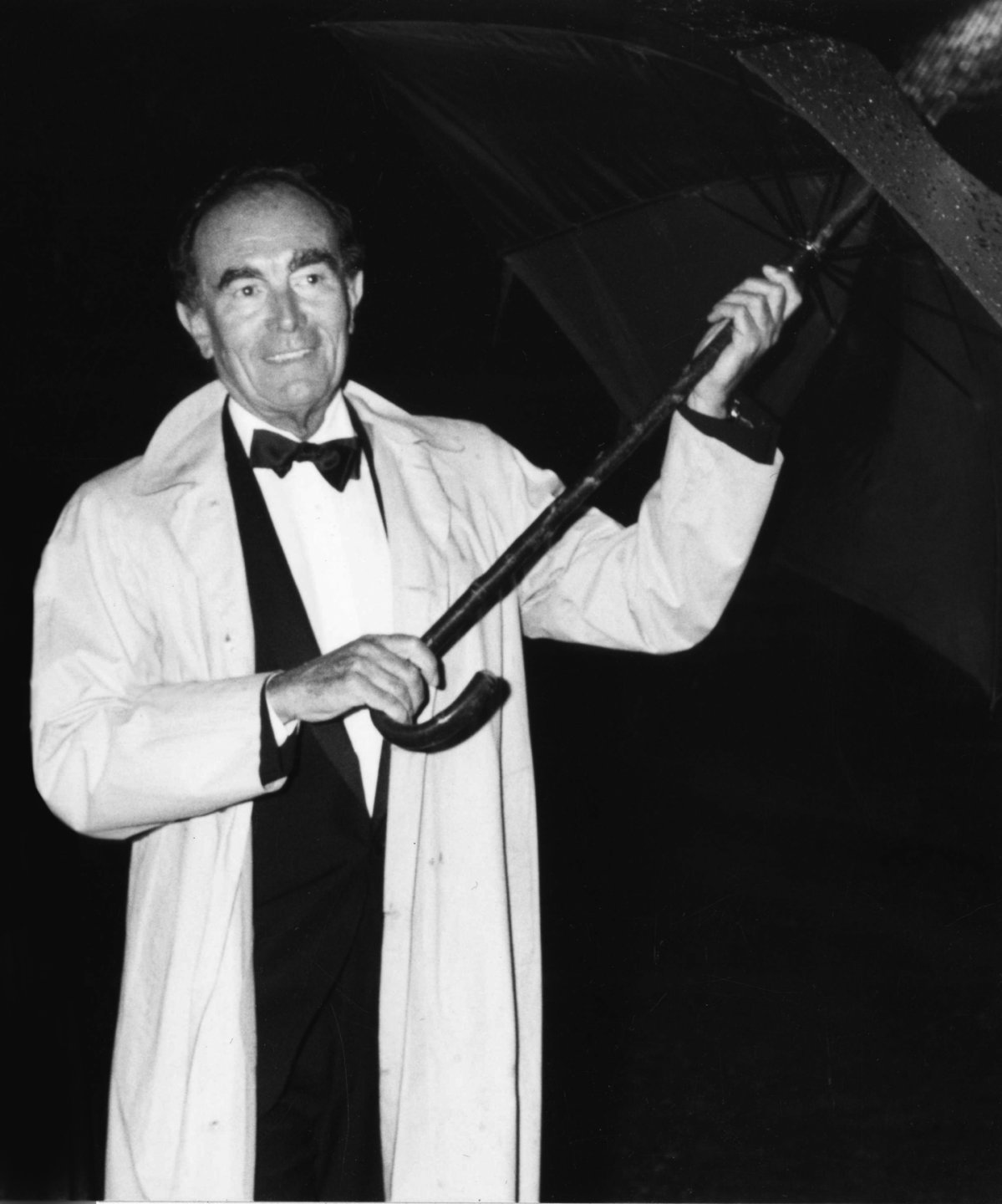